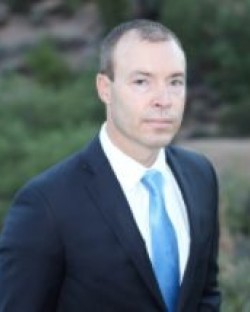 Brad Miller is an accomplished attorney, litigator, and negotiator. He has tried cases to judges and juries in Arizona, California, Virginia, and in Military Courts. He is a member of the Arizona State Bar, the United States District Court of Arizona, and Military Courts. Since becoming an attorney Mr. Miller has worked in the areas of Family Law, Tax Law, Criminal Law, Civil Law, and Administrative Law.

Brad Miller is currently in the United States Marine Corps Reserve as a Major (sel.), he represents military commands in administrative hearings, teaches trial practice, and consults on criminal trials.

Education – Brad Miller has a Bachelor’s Degree in Finance and a Law degree from Liberty University in Lynchburg, Virginia. He graduated from the U.S. Marine Corps Officer Candidate School, U.S. Marine Corps The Basic School, and earned the right to represent members of the United States Military by graduating from Naval Justice School. And he is currently taking classes to receive his Master’s Degree, though Marine Corps University.

He received a Distinguished Service Award from the Maricopa County Attorney’s Office.

He has instructed on Interdiction of Sexual Crimes to the Arizona Department of Public Safety, Testifying to the Mesa Police Department Special Victim’s Unit, Take Back the Night at Paradise Valley Community College, Cross-Examination, Trial Practice, and acted as a guest Judge at the Naval Justice School, and taught Advanced Rules of Evidence (608(b) and 613) for the Maricopa County Attorney’s Office.

While on Active Duty in the U.S. Marine Corps, he worked as a Trial Counsel for the 1st Marine Division, 1 Marine Logistics Group, and 7th Engineer Support Battalion. He was the Officer-in-Charge over Legal Team Delta, aboard Marine Corps Base Camp Pendleton, California. He also worked as a Legal Assistance Attorney, and Civil Law.